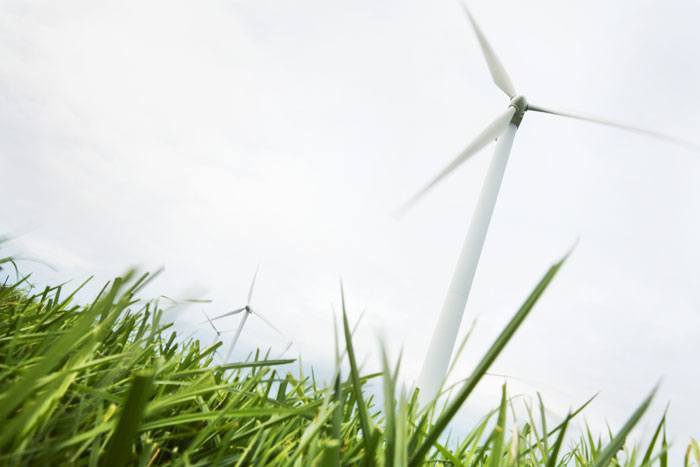 Apple has established a clean energy initiative with plans to power several of its data centres with 100% renewable energy created by the company and locally procured. This past spring, Apple announced that it was building a 20-MW solar farm to help power its data centre in Maiden, North Carolina. After construction was completed, it bought another 200 acres of nearby land to build an additional 20-MW solar farm, according to reports. The facility also contains a 5-MW biogas-powered fuel cell installation. Apple claims that it intends to power two additional data centres with renewable energy by early 2013.

More recently, this week, there has been a report of a wind energy storage patent that the company hopes will help mitigate renewable energy intermittency issues. The patent describes the technology as converting the friction from rotating turbine blades into heat. This heat is then stored in a “low-heat-capacity” fluid, such as mercury or ethanol. When wind is at a lull and more energy is necessary, the stored heat can then be transferred to a “working fluid” that is brought to a boil to create steam. The steam is then directed to a turbine that is connected to a generator.